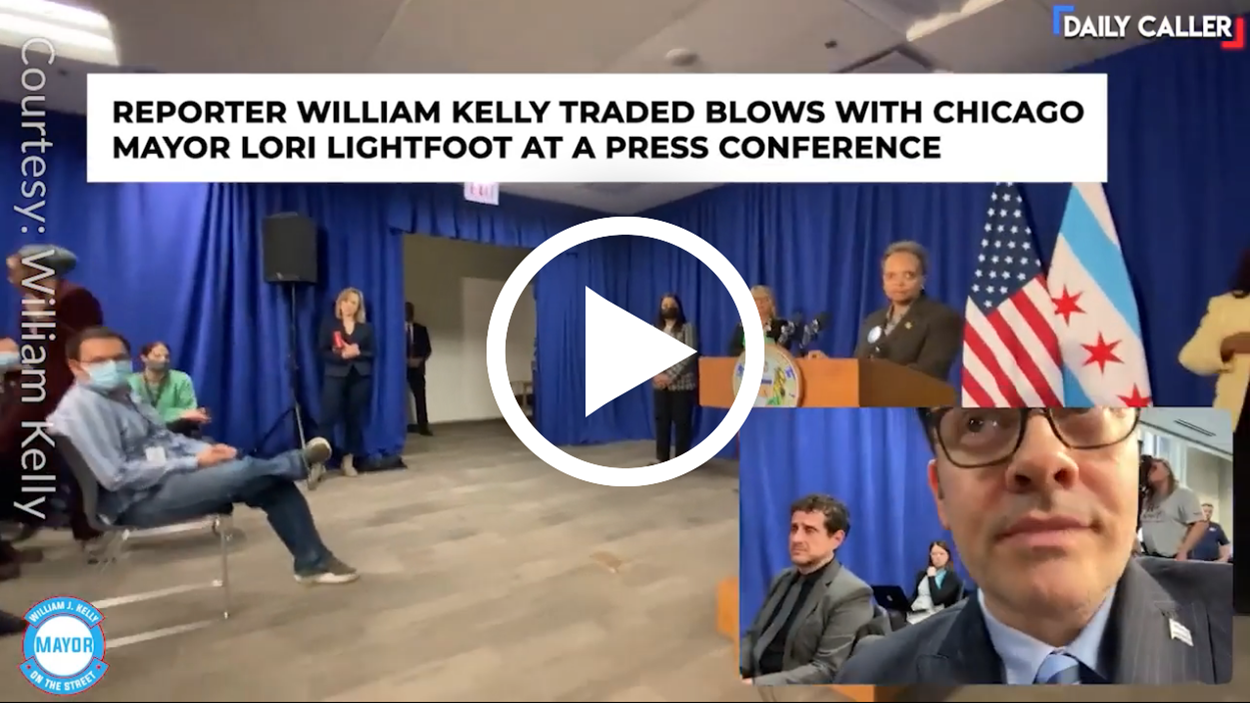 Chicago Reporter William J. Kelly's Brutal Questioning of Mayor Lightfoot Goes Viral Again on Daily Caller
Kelly to Lightfoot: "Are you a liar or are you incompetent?"
Chicago, IL, March 28, 2022 - Veteran Chicago reporter William J. Kelly's brutal questioning of Mayor Lightfoot this week has once again gone viral on the Daily Caller. The video shared on Daily Caller's Facebook and Youtube pages has been viewed more than 180,000 times in less than a day with more than 3,000 comments.
In the video, Kelly questions Lightfoot on her statements this week that crime in Chicago is down - despite news sources that indicate major crime is up 36% citywide in Chicago, outpacing 2018-2021, that violent crime in Chicago's Loop, Millennium Park, and the business district are up 142% this year and that carjackings are up more than 175% since 2020.
But Mayor Lightfoot doubled down on her claims and lashed out at Kelly, attacking him personally. Increasingly defensive with Kelly, she also admitted that she has done nothing to solve the epidemic of black children and teenagers involved in violent carjackings.
Lightfoot and Kelly have clashed repeatedly over his tough questions on Chicago crime in the past 12 months and have received millions of views. His most recent report went viral on the Daily Caller's Facebook page with 250K+ views. A video of his first heated encounter with Mayor Lightfoot on Chicago crime received more than 1.7M views on Fox Chicago's youtube channel last June.
Paid for by Citizens for William J. Kelly
Powered by CampaignPartner.com - Political Websites
Close Menu