Home  ❭  News   ❭   Kelly to Mayor Lightfoot: Chicago has lost faith in you | Will you resign?

Kelly to Mayor Lightfoot: Chicago has lost faith in you | Will you resign? 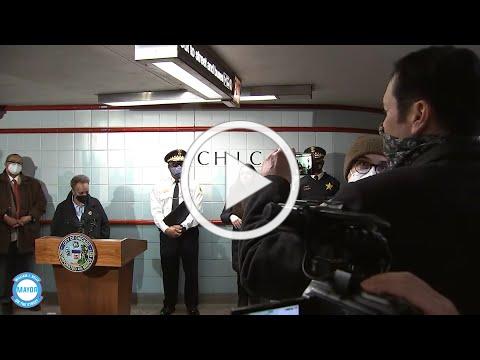 Chicago, IL, March 10, 2022 -Veteran reporter and native of Chicago's South side, William J. Kelly clashed with Mayor Lightfoot at her press conference at a CTA platform regarding the shocking escalation of shooting violence on Chicago public transportation. Kelly questioned Lightfoot about her failure to curb violence in the Windy City and here's what she had to say:
"During the out-of-control race riots in 2020, you were seen marching around with your fists in the air. You were heard making anti-police comments. Now we have violent criminals who think they own the streets. We have experience police officers throwing up their hands and retiring early.," Kelly said. "Do you feel that the people of Chicago who have lost faith in you are correct and that you should resign immediately?"
"There were no out-of-control race riots in the summer of 2020. Your characterization is a gross misstatement of what actually transpired," Lightfoot claimed, "...We had a challenging time in the city of Chicago in the summer of 2020. Our officers responded to a historic civil outcry...peaceful protests were hijacked by those who tried to disrupt and came for a fight."
Lightfoot ignored Kelly's question about whether she plans to resign as Chicago Mayor.
Lightfoot and Kelly have clashed repeatedly over his tough questions on Chicago crime in the past 12 months and the incidents have gone viral with millions of views - due to Mayor Lightfoot's anger and her inability to tell the truth. At her press conference last June, Kelly asked Mayor Lightfoot if she had lost control of the city. The video of the heated encounter has since received more than 1.7M views and more than 36K comments on FOX32.
Kelly's second video with Mayor Lightfoot also went viral when she denied that the George Floyd riots had anything to do with race.The video has also received more than 756K views and 18K comments on FOX 32's YouTube channel alone.