Home  ❭  News   ❭   Kelly to Lightfoot: You think you deserve to be re-elected?

Kelly to Lightfoot: You think you deserve to be re-elected? 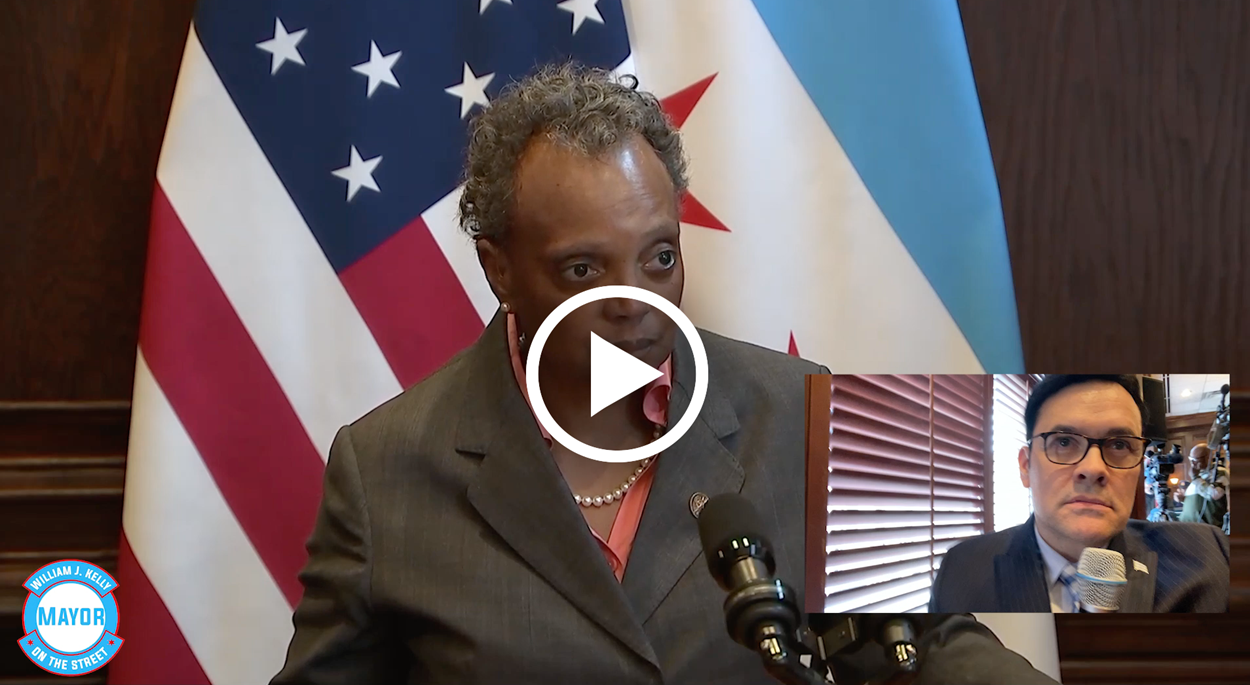 Reporter William J. Kelly to Mayor Lightfoot: You've turned Michigan Avenue into a "Mile of Fear," why do you think you deserve re-election?
Chicago, IL, April 20, 2022 - After remarks to Chicago's elite at the City Club of Chicago that the city's economy is booming, reporter William J. Kelly, once again, held Mayor Lightfoot's feet to the Chicago fire.
"You say that Chicago's economy is booming but you've turned Michigan Avenue into a Mile of Fear. The owners of Water Tower Place have thrown their keys back at the lender. They don't want to do business in Chicago anymore," Kelly said. "Real Chicagoans are asking me how you could possibly think you deserve re-election.
Lightfoot, who stuttered, twitched and was shaking with anger while Kelly, spoke, said, "That's not true and I'm not going to dignify that question with an answer."
Violent crime on Michigan Avenue and citywide is up 36%. It was recently announced that Water Towers owners have recently announced that the lender will be taking back the property as vacancies on the troubled Mag Mile mount.
In the past week, Kelly's questions to Mayor Lightfoot have receiving millions of views on social media, including 188K views on The Daily Caller, 625K views on the Washington Examiner, 5M views on The Scoop Politics, 300K views on Forbes, and 428K views on Town Hall, RedState, Twitchy and others.
Lightfoot and Kelly have clashed repeatedly over his tough questions on Chicago crime in the past 12 months and his questions have received millions of views. A video of his first heated encounter with Mayor Lightfoot on Chicago crime received more than 1.7M views on Fox Chicago's youtube channel last June.
Paid for by Citizens for William J. Kelly
Powered by CampaignPartner.com - Political Websites
Close Menu