My column at Washington Times: Why Rahm must resign now 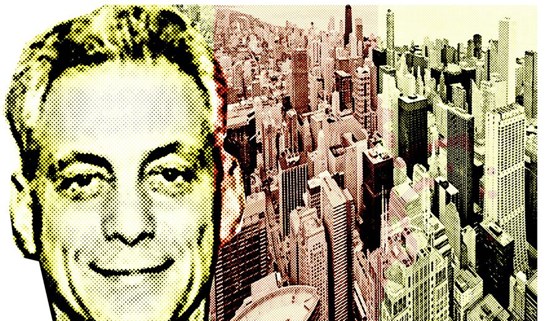 From my column at the Washington TImes...

The Chicago media is mourning Mayor Rahm Emanuel. The parade of misty-eyed media tributes began last week after Mr. Emanuel announced he was quitting the Chicago mayor’s race. “What will Chicago do without Rahm and his vastly superior intellect?” asked the media elite. “What will be his legacy?”

The reality on the ground in Chicago is much different than this fake media narrative. What about the unchecked homicide rate, Chicago’s role as a major illegal drug distribution hub and the billions in pension debt the city owes?

If legitimate media actually existed, news outlets would be calling for Rahm Emanuel’s head. Editorial boards would be demanding that he resign. But they aren’t. They are still protecting him as they have done for the last eight years. They are whitewashing his abysmal record. They’re burying the facts.

So why did Rahm Emanuel really quit the Chicago mayor’s race?

Is it the city’s homicide rate or Chicago’s status as America’s murder capital? No, Mr. Emanuel doesn’t care about the shootings on the South and West sides. The numbers may even be worse than reported. In 2014, Mayor Emanuel was accused by Chicago’s inspector general of reclassifying homicides into noncriminal deaths.

Is it Chicago’s 17 percent murder clearance rate? No, Mr. Emanuel doesn’t care that police only solve 1 in 20 murder cases. In fact, Rahm Emanuel has closed down Detective Areas in high-crime areas, resulting in a loss of informants. The Chicago Police say the shutdown contributed to Chicago’s poor clearance rate.

Rahm Emanuel quit for two reasons. The first reason why Mr. Emanuel quit is due to the success of the “Take Charge Chicago” referendum. The referendum puts a two-term limit on Chicago mayors and, if passed this November, would have prevented Rahm Emanuel from seeking a third term. Mr. Emanuel filed a legal challenge to the group’s 86,000 signatures at the Chicago Board of Elections — and lost a week before he quit the race. This is not a coincidence.

But there is a second and more important reason why Rahm Emanuel quit the Chicago mayor’s race; the Chicago Public Schools sex abuse and rape scandal. In June, a Chicago Tribune investigation uncovered 500 cases of rape and abuse at Chicago Public Schools. In one case, a 16-year-old girl was raped 40 times by her coach. These cases of abuse and rape occurred over a 10-year period. Rahm Emanuel has been mayor for eight of those years.

Read the full column at the Washington Times.