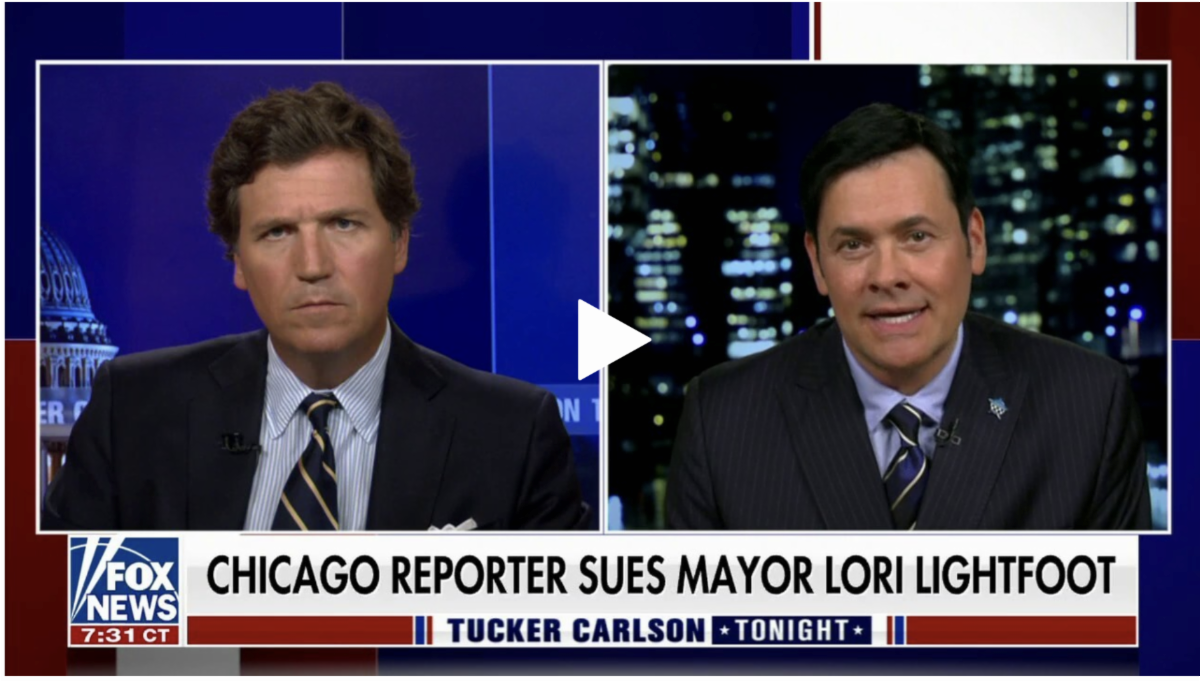 A Chicago reporter who filed a federal lawsuit against Democratic Mayor Lori Lightfoot for revoking his press credentials and accused her of trying to silence him has now issued subpoenas to Mayor Lightfoot and the City of Chicago in his case. See the subpoena to Mayor Lightfoot here.

The suit, filed by journalist William J. Kelly in the U.S. District Court for the Northern District of Illinois in late August, alleges Lightfoot and Chicago Police Department Superintendent David Brown violated his First Amendment and Fourteenth Amendment rights in revoking his media credentials in July. Lightfoot's exchanges with Kelly at press conferences are so combative that they have regularly gone viral for the past year.

In his subpoena, Kelly is seeking "Any documents, records, emails, text messages or other electronic communications to or from Mayor Lori Lightfoot, her press staff (including Cesar Rodriguez), any other staff or employees of the City of Chicago referring to, concerning, or containing the words Fox News, Tucker Carlson, William Kelly a//k/a William J. Kelly a/k/a Bill Kelly, or conservative news media, conservative or Republican."

Lightfoot has a history of denying access to City of Chicago documents. The law firm of Loevy & Loevy has filed 104 lawsuits against Lightfoot's Administration over FOIA denials. The Chicago Tribunerecently won a caseafter the city “fought to keep secret” documents concerning alleged employee misconduct despite the Illinois attorney general agreeing that the documents should be released.

Unlike the denied FOIAs, Lightfoot will be forced to cooperate with Kelly's subpoenas.

In a recent interview on "Tucker Carlson Tonight," Kelly called the suit " a textbook First Amendment case." "Unfortunately, the textbook is from Venezuela," he added.

"I think the real scandal here is that Mayor Lightfoot has 80-plus security guards that are assigned to protect her from me asking real questions during a re-election campaign at the time when the Chicago police are down 1,500 officers, crime is out of control, there’s a record low arrests and a spike in police suicides," Kelly said.

Read the full story at foxnews.com